about radicality - with and by steve parrino 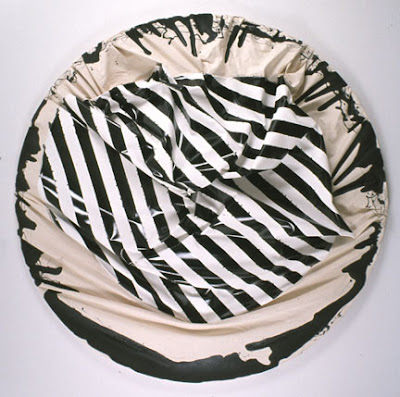 Parrino writes, "Radicality comes from context and not necessarily form. The forms are radical in memory, by way of continuing the once radical, through extensions of its history. The avant-garde leaves a wake and, through mannerist force, continues forward. Even on the run, we sometime look over our shoulders, approaching art with intuition rather than strategy. Art of this kind is more cult than culture". 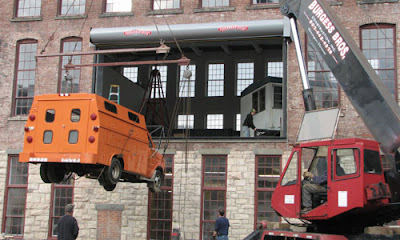 michael blum will lunch his next project, a hörspiel (radio piece) and a book called _" cape town - stockholm (on thembo mjobo)". this will be broadcasted by swedish radio P1, may 17th, 22.05. more here at mobileartproduction the producers of the project.

here an interview with michael blum about the project.

MAGDALENA MALM: Cape Town - Stockholm (On Thembo Mjobo) is a story about the character Thembo Mjobo. It revolves around Thembo Mjobo and describes the relationship between Sweden and South Africa during the apartheid regime. How did you become interested in this topic?
MICHAEL BLUM: I think that I initially bumped into it while reading about Olof Palme and his assassination 20 years ago, and the South African trail. There were also some Henning Mankell novels and research for past projects on South Africa's liberationmovement and Swedish social-democracy which informed me a great deal. But above all, I should mention my fascination with post-apartheid South Africa. The shift from the apartheid regime, often compared to Nazi Germany, to the Rainbow Nation is something unique and incredible. Imagine Jews peacefully seizing power in 1945 Germany and
governing with the Nazis! I don’t want to indulge in a religious or psychoanalytical reading of the situation, but it’s an absolutely fascinating phenomenon. Forgiveness was a very efficient weapon, even though amnesia proved even better. Gradually since 1994, National Party (the party of apartheid) members and representatives have enrolled in the ANC to the point that the NP has dissolved into the ANC, and it officially ceased to exist after it got only 2% of the vote in the 2003 election! There were people who understood that their own interest implied a fair treatment of their oppressor, and a ruling minority who understood that in order to keep power, they had to give it up. Of course the situation was much more complex (specific economic and geopolitical factors), but still civil war was avoided, and South Africa turned into the most positive role model for the Middle East and other conflict areas.
When you invited me to develop a project in Stockholm, it appeared that it would be interesting to dig into the Swedish support of the Southern African liberation movements from a Swedish perspective. Scandinavian countries, and Sweden above all, supported these movements more than all other countries together - politically, financially, morally - developing over time very intimate relationships with them. But this very recent history has already vanished. Most of the Swedish protagonists are still around, yet their story remains untold. One can see the results of Swedish support in South Africa, but I was curious about the effects that those relationships had had on Sweden itself, a country that is more or less the complete opposite of South Africa. Interestingly enough, a series of books published by Africa Groups of Sweden is about to come out. There is obviously something in the Zeitgeist that is calling for a re-evaluation.

MM: The project consists of a radio programme and a book. Why did you choose those forms of expression? And what is the difference between the book and the radio piece?
MB: The nature of your invitation, which was not linked to an exhibition space, left the field of possibilities wide open. I wondered what would be the best medium for such an enterprise. It obviously could have been an academic book, a novel or a documentary film, three options which I considered. But I was more interested in experimenting withforms of narration and challenging notions of truth and authenticity, not by deconstructing an existing narrative, since there wasn't any, but by creating a singular form for a new narrative.To the terms radio piece or radio programme, I prefer the German Hörspiel, which literally means 'listening play'. It is both generic and playful and refers to an existing tradition. So in the case of Cape Town – Stockholm (On Thembo Mjobo), the Hörspiel is an actual sound document, an interview with a former member of the intelligence community who provides us with information on Mjobo, while the book is an overview of the context he lived in. The piece remains circling around the same story, not merely told from two individual perspectives, but rather on two complementary scales. The book is not a plain non-fiction book, but really an experiment in storytelling, where information is provided in its research context with documentary accuracy, but is very open to interpretation.

MM: The project you did for the last Istanbul Biennial, A Tribute to Safiye Behar, offered a new angle on recent history in Turkey. In the same way the Thembo project does this with Swedish history. What were the reactions in Turkey?
MB: I wouldn’t draw a parallel between Safiye and Thembo because these are very different stories, two opposite ways of re-interpreting history. In Turkey, you have the overly constructed myth of Atatürk and of the young nation's birth, and my project was about deconstructing the myth (of course, it had many other aspects but let me just mention this one). In Sweden, it’s quite the opposite situation: hardly anyone remembers something that has taken place, so my intervention instead consists of building a narrative which doesn’t really exist yet. As for the reactions to the Tribute to Safiye Behar… in Istanbul, as anywhere else, reactions are rarely what you expect them to be. Of course, the true Kemalists, mostly by means of the daily Cumhürriyet, expressed their hostility as expected, but the piece was generally well received and seriously considered. Even conservative newspapers did a fair reading of it. Until lately, I liked to think that it had contributed to the movement for an open debate about recent history in Turkey. But the recent murder of Hrant Dink has reminded me of how precarious things are.

MM: Thembo Mjobo is the story of a fictional character, but based on real events. He could have existed. In the project real events and documents are intertwined with a fictional narrative. What do you want to achieve by using both fiction and documentary material?
MB: Fiction can be more real than what we sometimes take for granted. Isn't Thembo Mjobo more real than ... Michael Jackson, for instance? I have the methodology of an historian, but not his ethics. What's particular here is that most of the protagonists (supporters, victims, and perpetrators) are still alive. This is very recent history. So I had to be careful, and make sure that the share of fiction that I was injecting was coherent and didn't offend any living person. You don't want to get into trouble with people you respect or admire. That's why there's so little fiction left in the end. I had to focus on Mjobo because he was the perfect person for the narrative, the most Swedish South African ever. I didn't want to talk about Sweden and South Africa at large, but about a personal experience, namely how a geopolitical situation can be perceived and experienced from a single perspective.
Posted by dontneed at 5/15/2007 No comments: 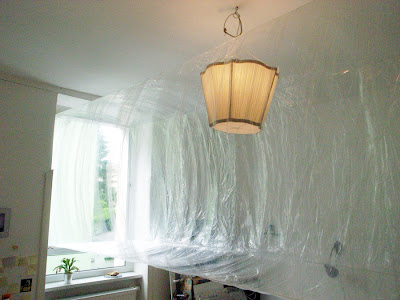 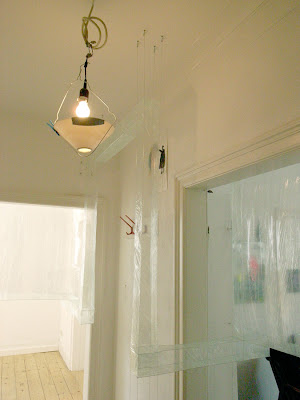 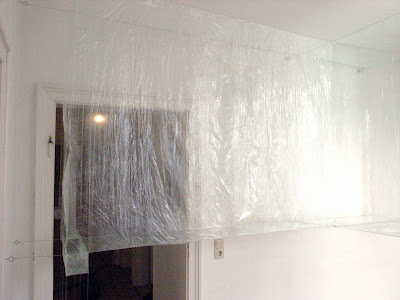 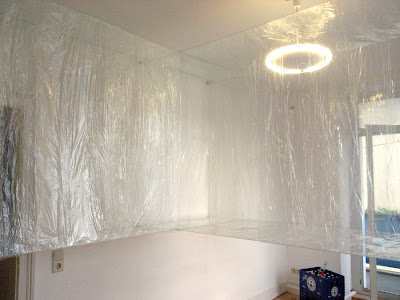 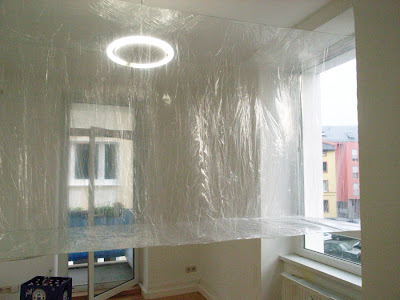