or come to the
EULENGASSE e.V.
Seckbacher Landstraße 16
in frankfurt am main


the exhibition fake is about the phenomena of the fake as an essential element in art practice. humans strive to obtain or reveal a certain truth in their realities, yet the transformation of the real has a strong effect on their lives in so many different ways. it comforts them, confronts them, gets them to smile or moves them to be emotional or rational when it comes to perceiving reality. the construction of the fake seems to play a major role in the development of any aesthetic language and in the blurring of borders between its disciplines.

the paintings of mario hergueta show the perfect combination of painting, drawing and architectonic object. with the project ‘fake states’, the legendary artist gordon matta-clark had started an investigation - in the new york of the 1970s - which continued a tradition of psychogeography and mapping of urban landscapes. the designer kai linke with his mirror chairs series created objects that blur the boundaries between design and art. angelo luz is a multidisciplinary artists. luz uses his body as tool to formulate questions about the relation between body, nature and our existence at this time. he operates in an almost shamanistic way. for fake he will develop a new performance piece. 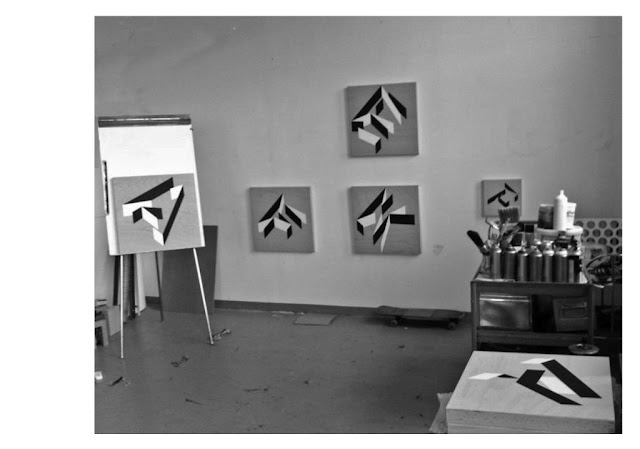 "My understanding of  art in a social context is as an essentially generous human act, an individually positive attempt to encounter the real world through expressive interpretation. The value of art as it services and  sometimes flourishes in our systems is so closely related to occidental beliefs in individual rights of free expression that one can accuratelly speak of the state of art as a mesure of the state of freedom in our society." 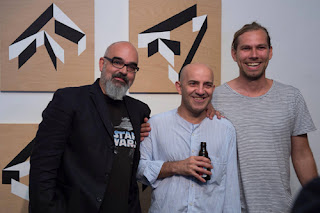 mario hergueta, saul judd and kai linke
Posted by dontneed at 6/11/2013 No comments: