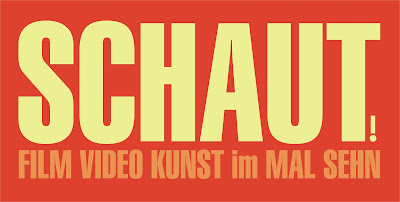 Special surprise films. Among them one original 35mm- projected Trailer roll from the 70/80's Sci-Fi and Trash-Horror films!


Moritz Uebele studied at the Städelschule with Douglas Gordon and at the HfG Offenbach with Rotraut Pape. He works mostly on 16mm, in the border of experimental and genre film where he is, often through hand-made, psychedelic images, questions identity, ideology and the possibilities of the artefact in film.

François Pisapia graduated in design at Concordia University, Montreal, Canada, currently he is a student at the Städelschule Frankfurt. In his film works Pisapia acts as a scavenger, going into a journey through abandoned physical and spacial territories. He is also interested in the absence as phenomena, given the audience the possibility to discover stories. 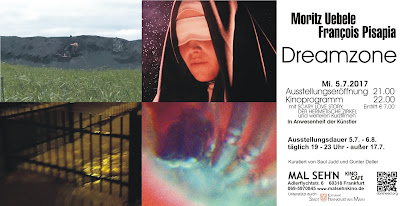