i went to the documenta 12 which could be called the d13 or the nightmerish documenta edition.

seems that mrs. ruek and mr. buergel managed to hack kassel. lets be honest they do not like kassel. just look at the rice terrasse at the schloss wilhelmshöhe, it looks like a ecological desaster.

yes the circus came to town and put up its tent called pavillion auve, right there in front of the orangerie. this pavillion which became an art "kraempel laden" (german for big mix bazar with whatever in it. a little bit of everything but nothing really making sense as a whole). that must be the answer for one of the famous theory of the documenta 12 makers - das bloße leben - the naked life. they did show mediocre painting with naked bodies, that for sure.
what is hard to accept is the arrogancy of the curatorial duett in put up a hausfrau exhibition show - (housewife show) and try to disguise it as a feminist approach for a socio-political discourse in art.
if something good is coming out of the documenta is the magazine that is made out of 97 magazines around the globe and are not really in the hands of the curators. sorry i have to disappoint you. the work with the magazines is also very tight controlled by the main curators, so much, that some magazines were invited to be part of the documenta 12 but decided not to participate because they would have to be very critical to the documenta 12 itself and they would not be paid for their work as result of that .

never was the documenta, this is my 4th one, so unintelligent and boring.

but dont worry frankfurt is not that far from kassel, in the case that you must come to kassel you might as well stop by frankfurt and see better shows in this town, here is a list of some of them.


the kapital - blue chips and masterpieces at mmk with a great bonus _tino segal_ in the old costumes agency hall across the street. a join venture by the mmk and portikus are showing some new works from cattelan. one of the them is _frau c_ outside of the portikus.
in the portikus will be the IT TAKES SOMETHING TO MAKE SOMETHING
THE COLLECTION RAUSCH show. portikus 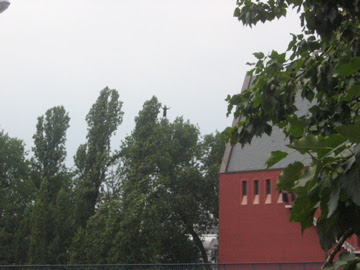 the pense sauvage - in the frankfurter kunstverein.

a. r. penk in the schirn - with john bock as bonus as well.

DRACULARISING at neue alte brücke
Posted by dontneed at 6/27/2007 No comments: