manifesta 7 and why we may need museums for the souls 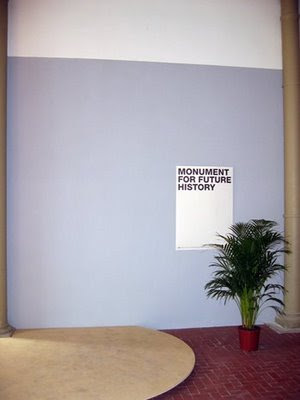 at manifesta7 one of the best sections is "the soul or, much trouble in the transportation of souls" curated by anselm franke and hila peleg. anselm directs the extra city center for contemporary art in antwerp and hila is currently a PhD candidate in curatorial knowledge/visual cultures at goldsmiths college/university of london. this collaboration became a very intelligent work.

they "collected" and assembled works by artists and other muldiciplinaries practicioners like natascha sadr haghighian wich have made this video which shows dancer, choreographer and former microbiologist xavier le roy in conversation with ostheopath martina zeidler{more here}.
the two videos by keren cytter, which did push buttons on local and european conflicts, historical and present ones by mentioning the poverty of the soul and the arrogance of european societies trough the centuries towards the rest of the world and in their own local realietie as well. keren cytter managed to do a time specific work. with artist like andree korpys and markus löffler and their video piece "villa feltrinell" we can see how history is always hunting the present and how we can use that to transport the troubled soul in discussion in the m7 project.{more...}.
the choice of presenting a series of "museums works" _ "the MUSEUM OF EUROPEAN NORMALITY" by maria thereza alves, jimmie durham and michael Taussig ,"the MUSEUM OF LEARNING" by brigid doherty (more here..).
in the top of it all this section of the manifesat7 does a constant research on psychiatric ativities in and on society. good example are The Museum Projective Personality Testing and  The Museum for Franco Basaglia (more here..).

this specific part of the exhibition can make us think about the real time and place for museum. the relation to human necessity of remembering or forgetting reality. the artists and researchers invited to be part of this section of the manifesta are some of the most intense and witty ones working today.
the artist of m7, coming from all over, the planet are not easy on the europeans or italians, by the way,  making this manifesta not an easy one to digest or even understand by locals but very important one for the intensify the art making as a scientific work almost.

the manifest7 index is a good publication to go along with the exhibition. the piece "regenerating memory" written by hedwig fijen, fabio cavallucci and andreas hepkemayer goes to the core of this project. the choice of the location was really good and important as well.
more later on  the "principle hope " in rovereto...
Posted by dontneed at 8/26/2008 No comments: 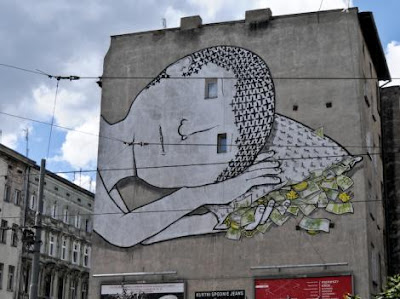 news of the blu activities
Posted by dontneed at 8/14/2008 No comments: 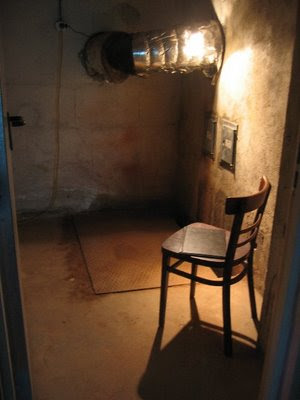 Investigation of possible experiences of a Space No. 7 by jonas jensen
book written in danish and english, 62 pages, 2008

The first HomeBodies exhibition will open the 8th of August 2008 and run until the 13th of September 2008 at the Atelierfrankfurt, Frankfurt am Main, Germany. Seven artists and one curator have produced this exhibition. Ola Bielas (Poland), Francisca Bancalari (Argentina), Keren Cytter (Israel), Teresa Gillespie (UK), Jonas Jensen (Denmark), Dirk Krecker (Germany), and Charlotte F. Smith (UK), have materialized works independently and or dependently within the HomeBodies framework created by Annabelle von Girsewald. The sculptural and audio installations, videos, and textual based works investigate alienation and displacement in relation to the concept ‘home’.

HomeBodies began in early 2007 as a student project of the London Consortium. Annabelle von Girsewald’s call for artists developed into a two-day HomeBodies Conference at Birkbeck College, London 2007 where 12 international academics and artists presented papers and works responding to the transformation of ‘home’ and to Gaston Bachelard’s The Poetics of Space. Bachelard’s phenomenological and psychological interpretations of the house and in particular Jung’s dual image of the cellar and attic were explored.
The process-orientated project has continuously evolved into a global altermodern explanation of ‘home’ devoid of nostalgia.

“HomeBodies” originates from the American word homebody meaning a person who prefers pleasures and activities that center around the suburban home and especially the basement. This is the starting point for the project yet in reverse, the displacement of its 20th century meaning. Therefore not feeling ‘at-home’ becomes a program in effect. The program aims to include multiple positions within the HomeBodies complexity of place-making while struggling with the foundation of its constructions to comprehend the correlation between the body and the home. The project accepts the danger of our habitat remaining in the dark rather than giving in to desire to see in entirety.